It happens every year, but it never gets easier on the emotions. Everyone who reads The Dog Files knows not to do this. Maybe we need to get the message out stronger to the rest who don’t know this or just don’t care. What do you think? Let’s be constructive in the comments. How do we get through?

By Ryan Kisiel for Mail Online

Looking into his sheepish eyes it’s hard to imagine why anyone wouldn’t want him after Christmas.

But this seven-week-old Dachshund puppy is just one of thousands of pets who have been abandoned by their owners after the festive period.

Held by Kennel assistant Maxine Elson, he is waiting along with dozens of his canine friends for a new owner at the Cheshire Dogs Home in Warrington.

Record numbers of pets have been handed over to kennels and local councils this December.

It comes as animal charities say fewer people are adopting cats and dogs this year because of the recession – leaving them with little space to take on more strays.

The recent surge of abandoned pets is being put down to people changing their minds about keeping their Christmas presents when they realise the cost involved.

Manchester Dogs Home took in 108 dogs in December, while in Worcestershire, 60 cats and 35 dogs were abandoned across the county during the same period.

The RSPCA received across the south-west of England 22 dogs and 11 cats on Christmas Day alone.

Animal charity PDSA, which helps families struggling to pay their veterinary bills, said it has seen a sharp rise in the number of people needing their help and animals abandoned.

PDSA spokesman Deryck Wilson said: ‘We’ve seen a real surge in the number of people needing help or who are unable to keep their pet financially.

‘As incomes have fallen, families have had to make tough decisions and pets have lost out. But there is help out there and they don’t have to abandon these animals.’ 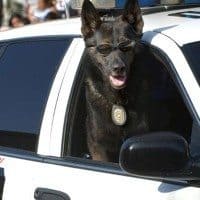 If Timber could talk, he would say this case is just “ri-dog-ulous”. Mason, Ohio Municipal Court will be the stage for a Constitutional challenge on whether barking at a police 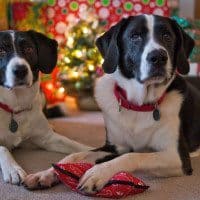 Thank you so much for being a part of the Dog Files this past year! It’s truly an honor to spend my time evangelizing dogs and everything great about them.