There has been a lot of talk in recent years about cosmetic companies testing their products on animals again. Ground zero was a post back in 2012 by PeTA that you can read here. While Dog Files is not an advocate of PeTA, their work over three decades earlier to stop makeup companies from testing on animals is indisputable.

One of the most read (and controversial)  posts on Dog Files was about that PeTA report. You can read that post here, ANIMAL TESTING RESUMES FOR AVON, MARY KAY, AND ESTEE LAUDER. Our article was even highlighted on Snopes.com because the post warped into a rumor that cosmetic companies started testing in the United States again. Something we never said.

The basics of our article was that Mary Kay, Avon and Estee Lauder began testing makeup on animals again in order to satisfy regulations from the Chinese government. Times have changed in the past 30 years, and China, with its own set of laws and regulations, is now a giant market for these cosmetic companies. 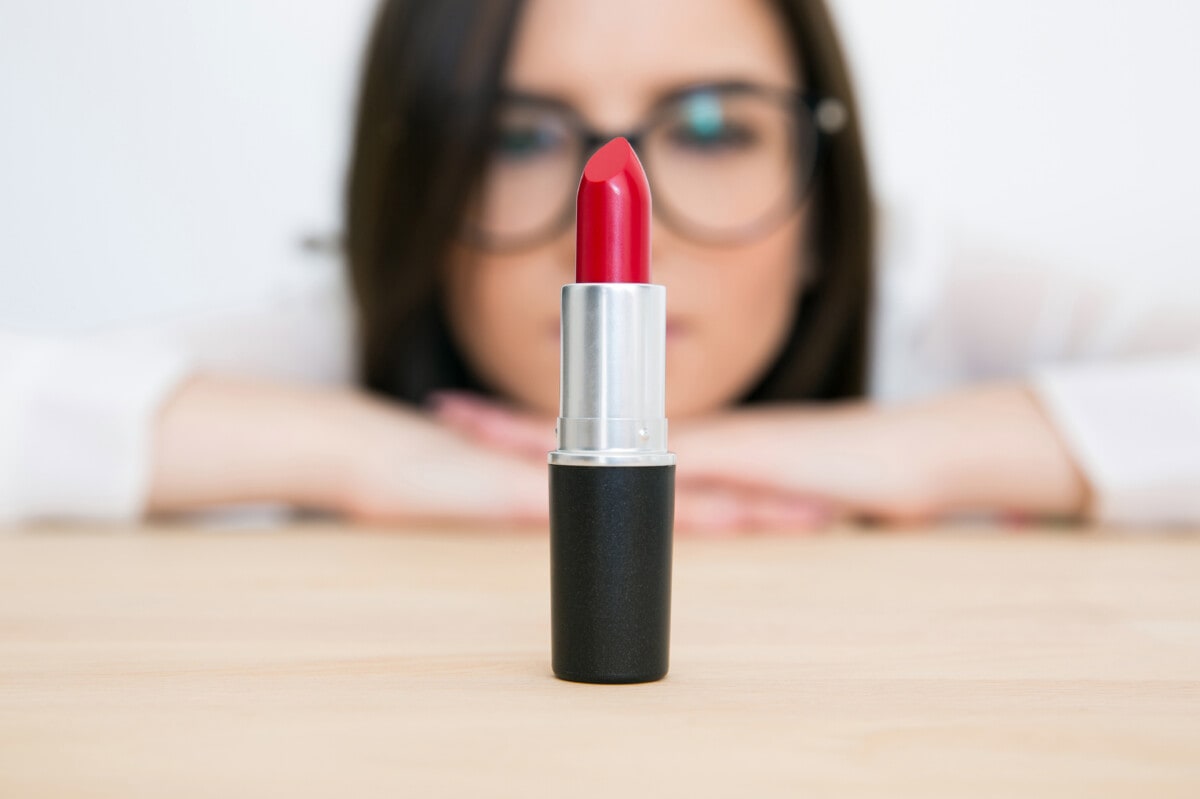 This story caused a lot of uproar and it wasn’t only from animal welfare people that were angry about what was happening. It seemed that a lot of makeup sales people were extremely pissed off with the Dog Files and demanded that I was somehow making it all up.

They would contact their respective cosmetic companies and they would be told that, of course the company wasn’t testing on animals. The person would then come back here and yell at me some more. That’s when I would explain to them that yes, technically the company WASN’T testing on animals. But China has laws and regulations that won’t allow the makeup company to sell there unless the makeup is tested on animals. So makeup companies would turn a blind eye and pay a Chinese government agency to do the actual animal testing. This way, cosmetic companies can take advantage of this new market AND technically “tell the truth” when saying that they weren’t testing on animals again.

So yes, the cosmetic companies weren’t doing the testing themselves. They were allowing others to do it for them, and paying them, so they could increase their global reach and profits.

Well, it’s been quite a few years and I thought it was a good time to find out if anything has changed.

First, I thought I’d visit the AVON Company Website. I found this under, Corporate Responsibility.

“Respect for animal welfare is a cornerstone of Avon’s product safety philosophy. In fact, Avon was the first major cosmetic company to end animal testing nearly 25 years ago and we do not test on animals today. Instead, we use non-animal product safety testing methods.”

“Unfortunately, a few countries require additional safety testing, which may include animal testing. Avon, in partnership with other organizations, works to help advance government acceptance of alternative non-animal testing methods. But if a compromise cannot be reached, we must comply with the testing required by local law. Animal testing is an issue faced by all global beauty companies.””

And a few paragraphs down I saw a bit of a change. “”We are encouraged to see that China recently eliminated the animal testing requirement for certain products. However, China still requires testing on “special use” products (sunscreens, anti-pigmentation/whitening product, deodorant, fitness/slimming products, breast beautifying products, depilatories, hair growth products, hair perm and hair dyes).”

If you would like to read the entire Avon Page, here’s the link.

This was interesting. It seems that China was relaxing some of it’s rules, which is definitely a good thing. But not all of them. Avon would still allow them to test on animals for “special use” products.

While things have certainly gotten better, Avon stills get a big thumbs down from Dog Files. 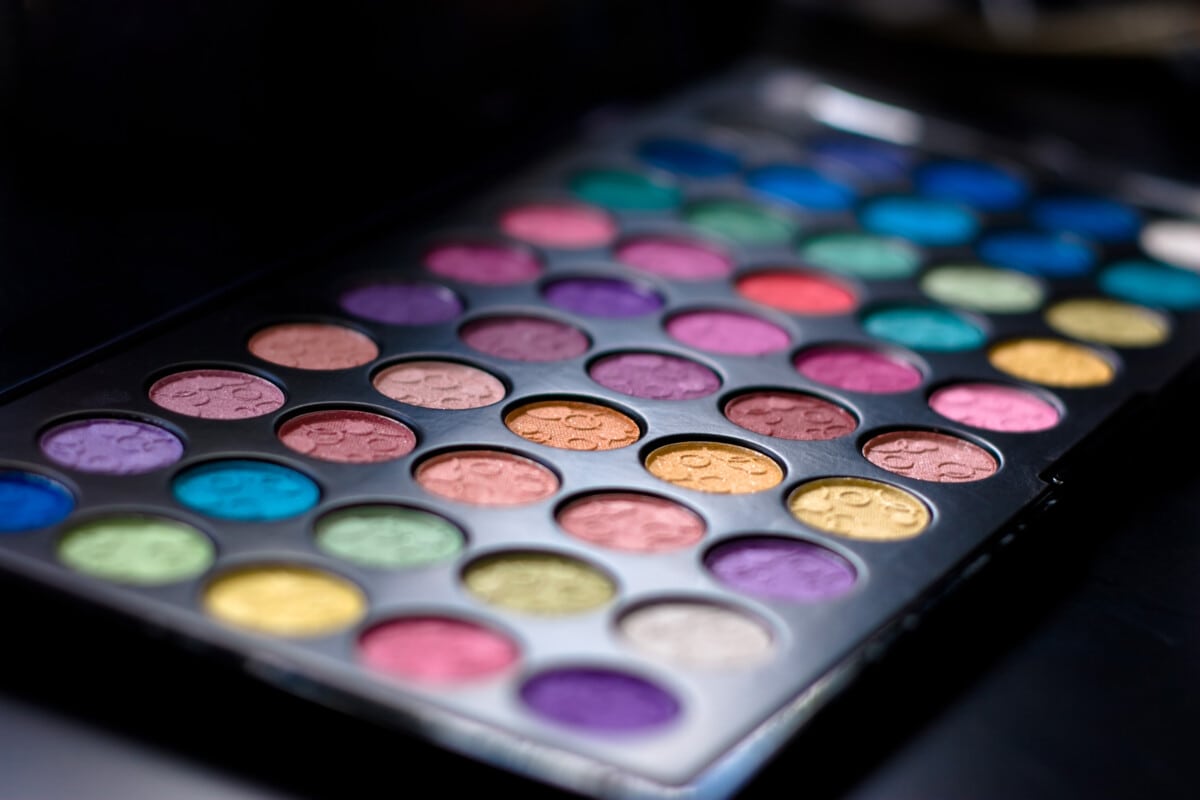 We spent over an hour trying to find any animal testing info I could on Mary Kay’s site and couldn’t find anything. Even on their Product Safety page, not one mention of it. But I did find this image that says they still sell in China.

If anyone can find anything on their site, please let us know. But for now, Mary Kay is still selling in China and if they are selling “special use” products then animals are still being used. Mary Kay gets a big thumbs down from Dog Files.

Now it’s Estee Lauder’s turn. I found the info pretty quickly, which I believe is a good thing, on their FAQ page.

“At The Estée Lauder Companies, the safety of our consumers is our highest priority. We utilize the latest advances in non-animal safety testing and human volunteer testing to deliver products of the highest safety and quality to our consumers. We do not test our products or ingredients on animals, or ask others to test on our behalf, except where required by law. We are proud that we were one of the first cosmetic companies to establish that cosmetic safety can be demonstrated by non‐animal testing methods. There are, however, still some countries that believe they need to conduct or require animal testing in order to validate the safety of cosmetic ingredients or products. Our Company and all of our brands remain dedicated to the elimination of animal testing on all cosmetic products and ingredients worldwide. We believe that animal testing should not be needed to validate safety of cosmetic products or ingredients and we are encouraging the use of alternatives and the elimination of such animal testing globally.”

Sadly, this means that it is still happening. Estee Lauder gets the big thumbs down from Dog Files.

Next we found an article on Teen Vogue, entitled MAC Is Finally Speaking Out Amid Criticism for Animal Testing dated July 7, 2017. MAC is another giant cosmetics company. Here’s an excerpt from the article.

“The MAC team isn’t as clear on what happens within those labs. They’re government-run facilities, so MAC isn’t present. However, animal advocacy groups say the tests are torture for the animals. According to Kathy Guillermo, a senior vice president of PETA, “substances will be force-fed to the animals, smeared onto their and into their eyes,” adding that “the bottom line is death.”

We will add MAC to our list of cosmetic companies getting the big thumbs down from Dog Files. 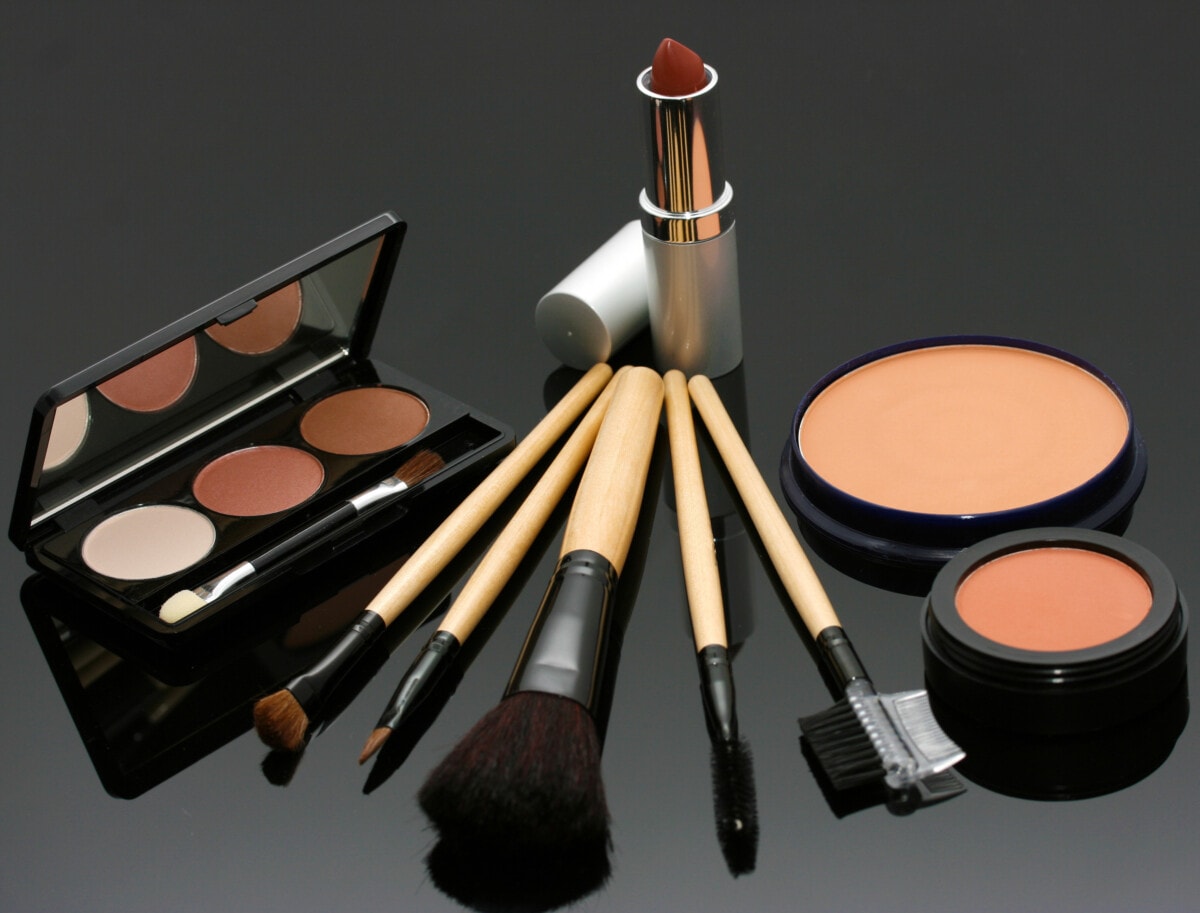 How To Find Out What Cosmetic Companies To Buy From?

Cosmetic Companies that DO test on animals.

One of the most disappointing things for me is seeing sites like Snopes and Fox Business specifically call out Dog Files to say we we were spreading false news. They literally say at the end of the post, “This story is part of an ongoing Associated Press effort to fact-check claims in suspected false news stories.” Each story acts like we said that the CEO of the company is personally blinding bunnies. Which, of course, isn’t true. Plus it’s just shameful when big corporations tow the line for cosmetic companies.

For cosmetics companies to say they aren’t testing on animals, but in reality they are paying a foreign entity to do it for them so they can enter a new profitable market is disingenuous if not dishonest.

That’s like saying, “I didn’t do it, I paid someone else to do it”. Technically, sure, you didn’t do it. But c’mon, how naive and gullible do you think your customers are?

Apparently, quite a bit.

A Saluki's-Eye-View Of The World

This is the picture from a mobile phone that they attached to the Saluki’s collar to see what he sees when he’s running. — Kenn 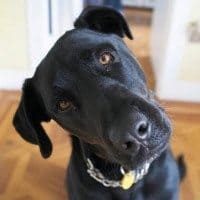 To anyone who is familiar with the eerily human-like qualities of man’s best friend, the news that dogs can read your mind shouldn’t come as any surprise. The latest research